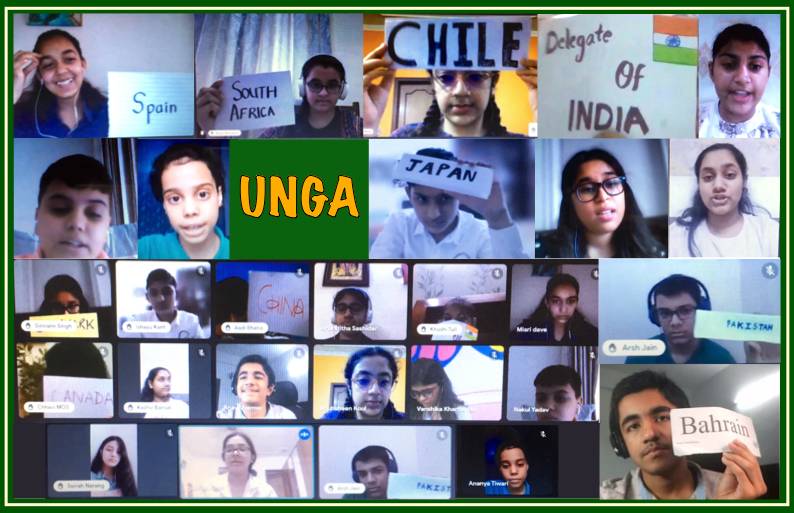 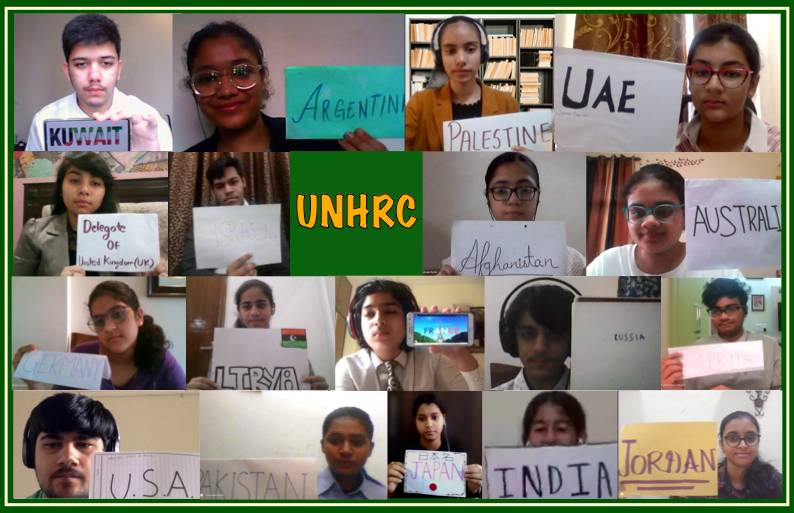 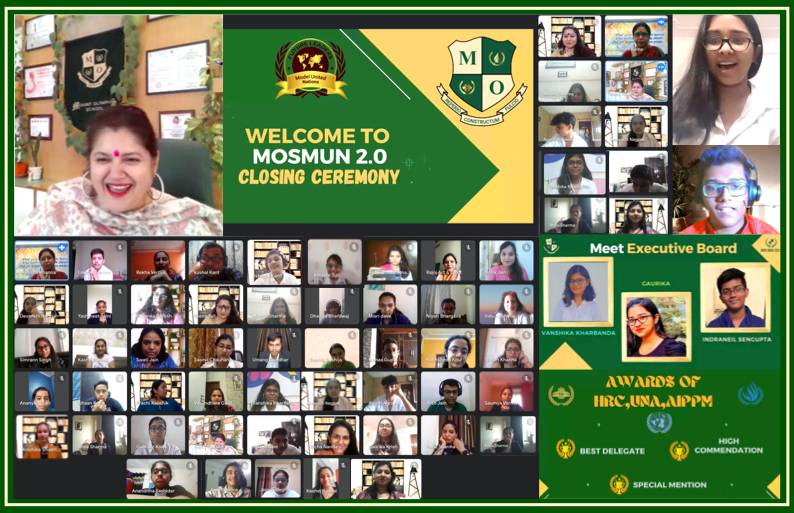 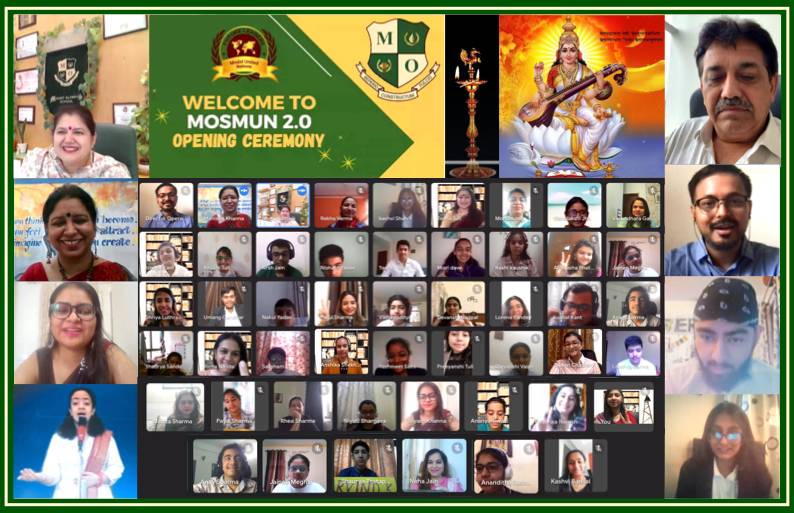 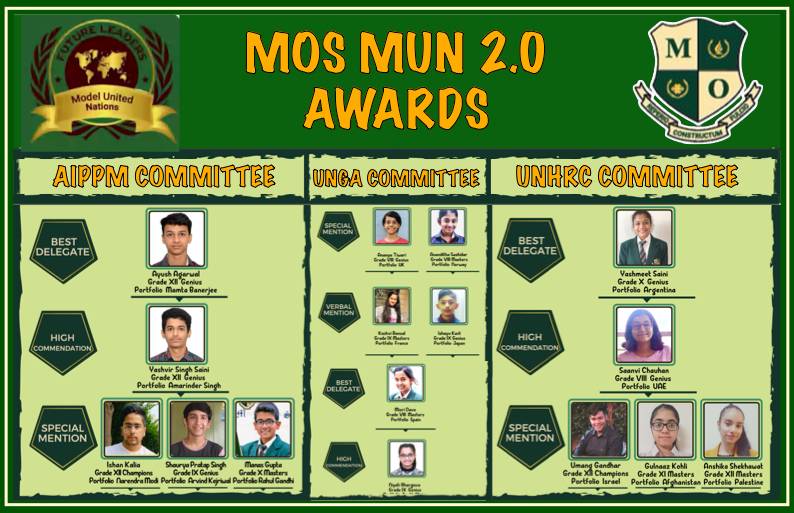 Model United Nations is a notion that the United Nations itself promotes. The notion of a MUN is essential because it allows participants to have a thorough understanding of how the UN works. This crucial gathering of the countries of the globe will not be effective unless we, the future of the world, are informed of the UN’s functioning and procedures.

On the 30th of July 2021, Mount Olympus School hosted the second edition of MOSMUN on Google Meet for the students in grades VIII to XII, allowing students to participate in the great event from the comfort and safety of their own homes. Both the organizers and the attendees were ecstatic with MOSMUN.

The session commenced with a formal opening ceremony which included the lightening of a virtual lamp by the honorable Principal ma’am to invoke the blessings of the divine powers. The session was graced by the presence of honb’le Director Sir Mr. Arjun Saini, Principal ma’am Dr. Neeti C. Kashik, Vice Principal ma’am Ms. Manish Khanna and Members of the Executive Board and other deserving teachers.

MOSMUN 2.0 hosted three committees for a total of 76 delegates representing various nations and Indian political identities. The three committees were: United Nations Human Rights Council (UNHRC), United Nations General Assembly (UNGA) and All India Political Parties Meet (AIPPM) The Chairperson of UNHRC was Ms. Toyam Khanna and the Vice Chairperson was Ms. Priyanshi Mittal. The agenda of the committee was ‘The Israel Palestine Conflict with Special Emphasis on Human Rights Violation’. Another committee AIPPM headed by Mr. Bisman Singh as the Speaker and Mr.Indraneil Sengupta as Deputy Speaker with the agenda ‘Legislative Assembly Elections in 2021 with Special Emphasis on West Bengal Elections’. ‘Concerns and Solutions on Cyber Warfare and Cyber- Terrorism’ was the point of discussion in UNGA where Ms. Vanshika Kharbanda and Ms. Gaurika Arora presided the session as the chairperson and the vice chairperson respectively.

Participants were notified about their study fields and a competition form after enrolling for the event. The students had a fantastic time immersing themselves in the hypothetical perspectives of the countries. On the floor of the house, the delegates stated their country’s position and pledged to support it to the end. All of the committees made significant progress on their particular subjects thanks to the executive Boards’ leadership. As the argument progressed, all participants gradually overcame their first stumbling blocks. As a simulation of the United Nations, this conference allowed well- prepared students to discuss global issues and problems in a professional setting.

All EBs and OC members were thanked for their outstanding performance at the end of the show. The esteemed Principal Ma’am presented the delegates with honors and recognitions.